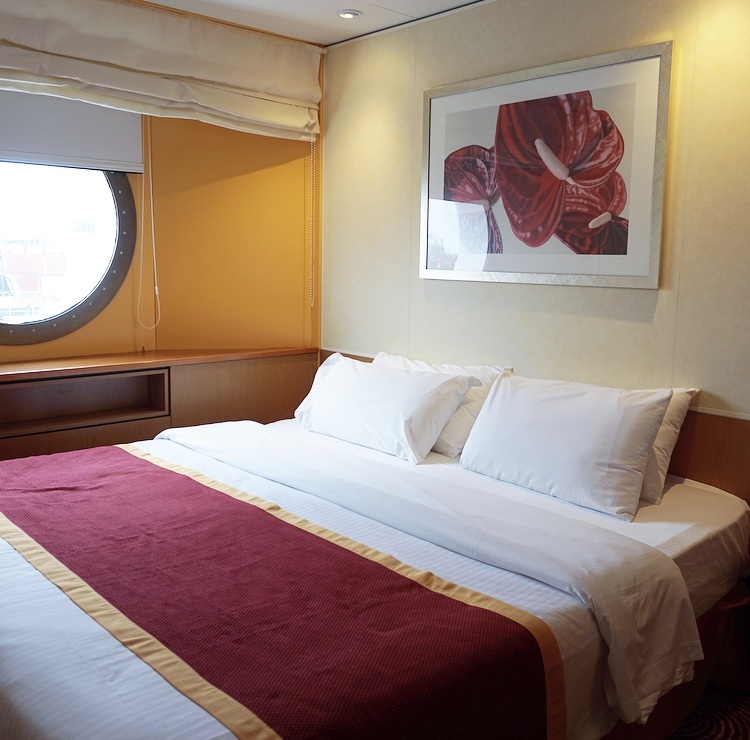 Onboard The Grand Classica Cruise Ship

The Grand Classica is a massive cruise ship. It had eight dining venues, five bars and lounges. Not to mention 658 stateroom venues.

I stayed in an oceanview stateroom, that I shared with a girl named Clarissa. Our stateroom had a decent sized bathroom, more closet space then we could ever need, a queen sized bed, and a window with an oceanview. During our stay we were greeted by two different towel animals. One of which we couldn’t figure out what it was and the other an adorable elephant. 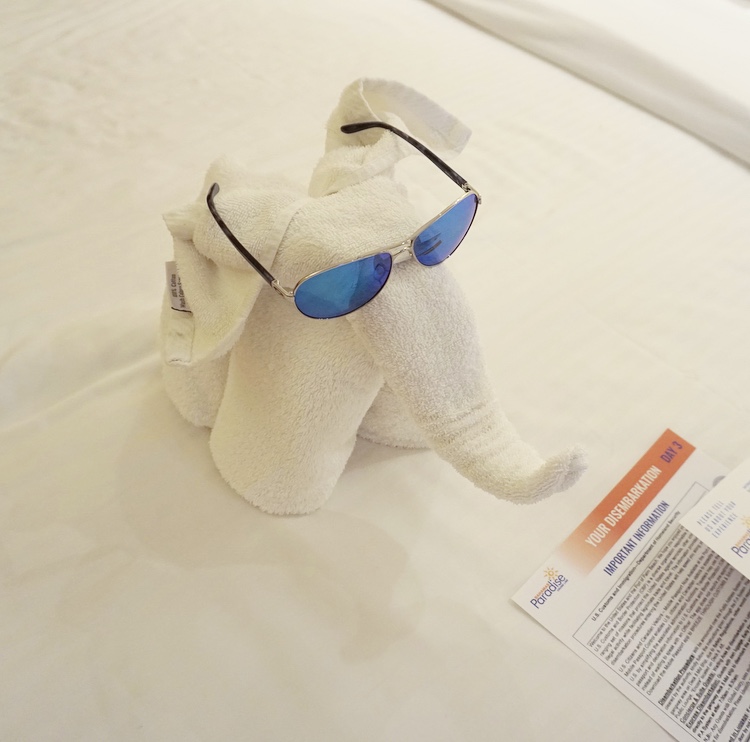 As most of you already know, I’m a Personal Trainer. With that said, you know I had to check out the fitness center. I was actually impressed by the equipment they had onboard. There were two sets of dumbbells. As well as, exercise machines that targeted the legs, chest, back, and abdominals. Last but not least, there were two different types of cardio equipment, bicycles and treadmills.

However, my favorite part of the gym was the view. The gym was literally at the front of the ship. It was raining when I arrived, but as we were cruising all you could see was water on the horizon. It was breathtaking.

I managed to get a quick workout in on Sunday morning. Followed by a quick jog around the jogging track. I stumbled upon the jogging track, the day before as I was exploring the ship. The jogging tack was outside and had synthetic green turf on the ground all around the deck. Perfect for a brisk walk, jog, and or run. 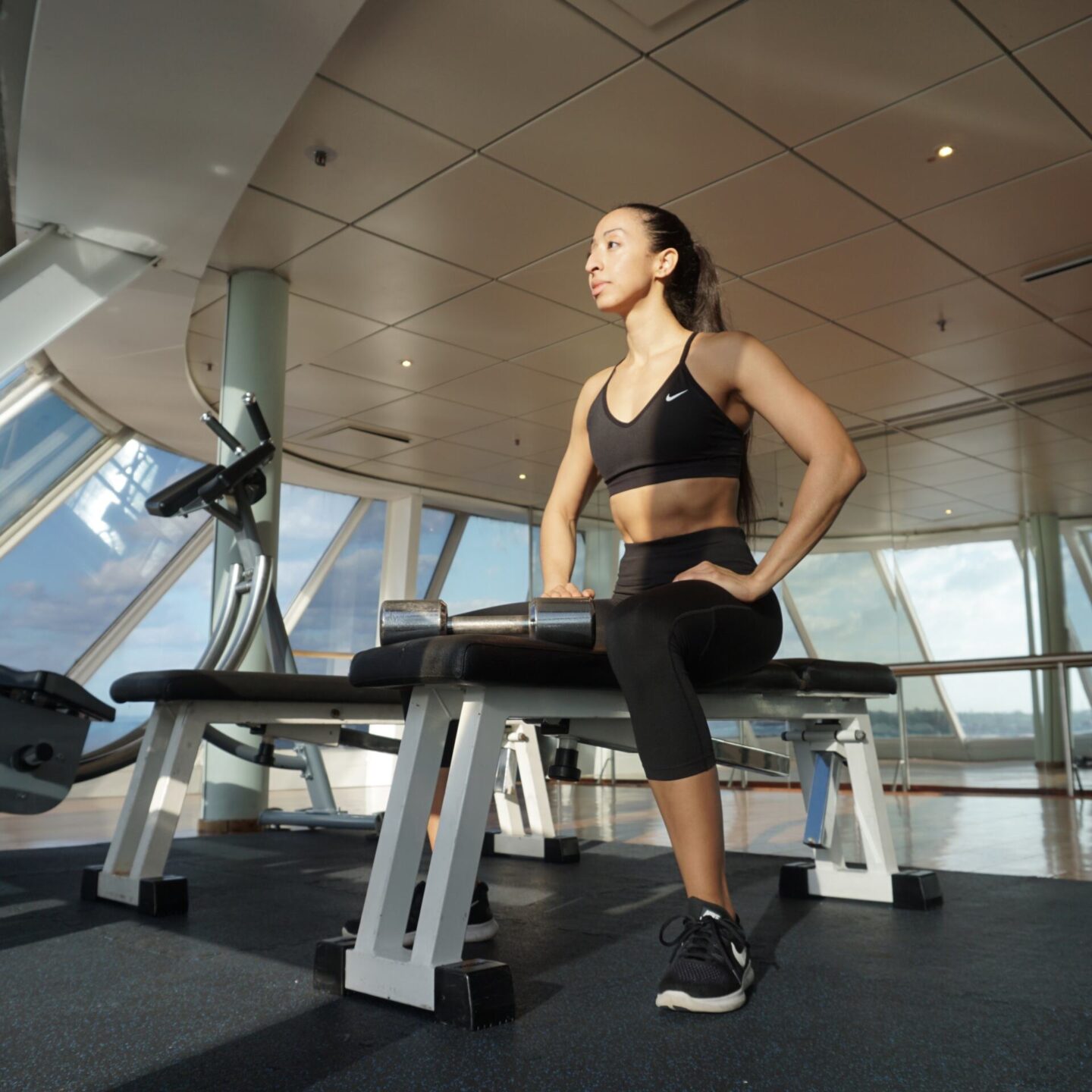 I literally had every meal at the oceanview buffet. It was located in the middle of the ship and extended towards the back end of the ship. I enjoyed getting to pick from the variety of foods that they offered, it was convenient to step in whenever I was hungry, and the view from the back patio was amazing.

This was where the party was at in the evenings. The Crow’s Nest Sports Bar & Grill came equipped with a fully stocked bar, flat screen TVs, arcade games, a dj and dance floor. I had a blast dancing the night away. I’m pretty sure this was where I also lost my voice.

Clarissa and I both signed up for the Sea Lion Encounter at Blue Lagoon. Once we arrived to the Bahamas, we took a ferry from Freeport to Blue Lagoon. We got to see a California Sea Lion up close and personal. Charlotte was the name of the sea lion that we encountered. we were able to kiss, hug, feed, and play with her. It was such a fun experience, that I will go more into detail in a future blog post. I did a similar excursion, when I went Swimming with Dolphins in the Dominican Republic. 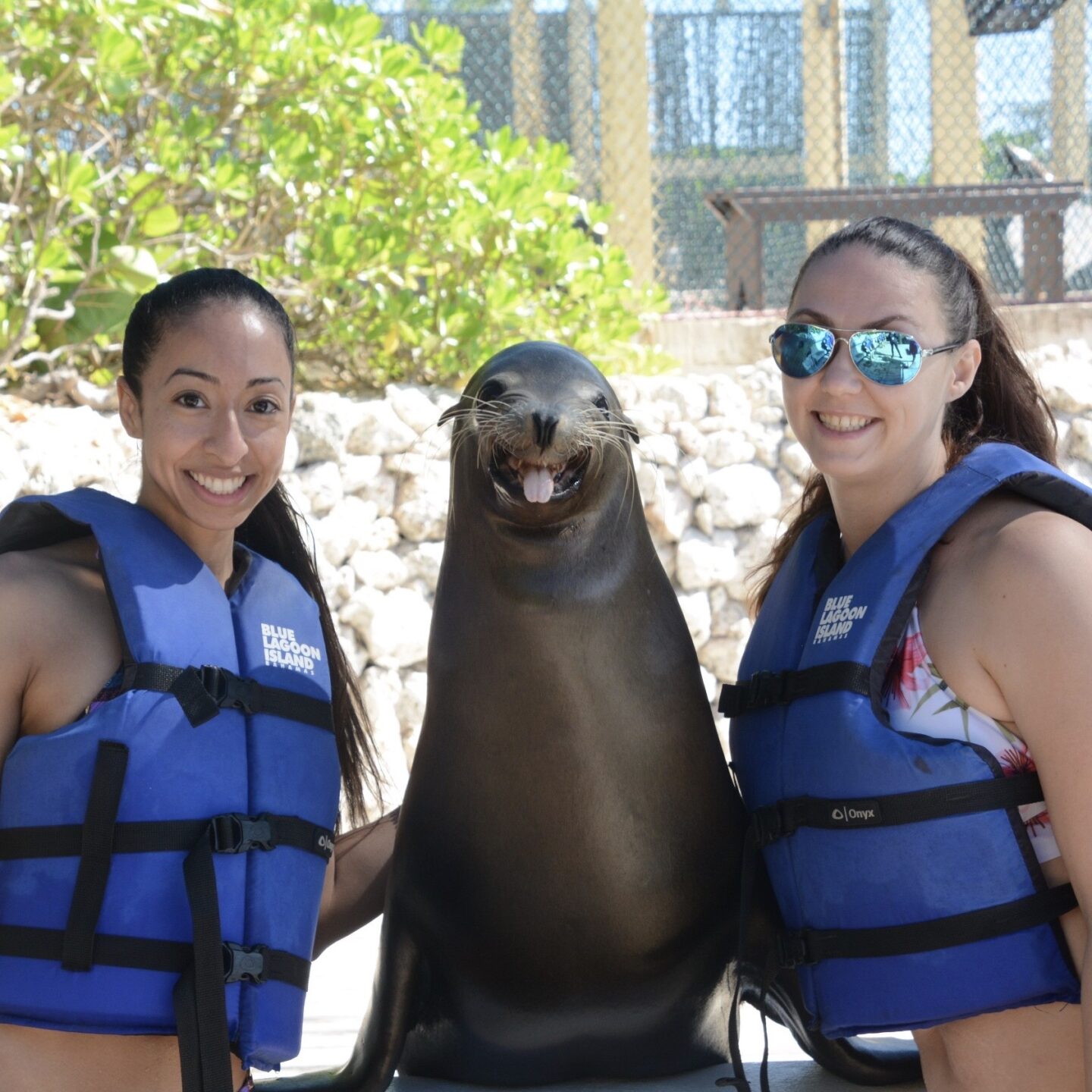 After the Sea Lion Encounter. Clarissa and I grabbed a drink by the bar. We then joined a group of people that we recognized from our cruise and laid out by the lagoon. The sand along the shore was white and the water was bright turquoise. It was absolutely beautiful. The water was cold so that I just dipped my toes in at first. But eventually I jumped in and waded in the water just before we left to soak it all in.

We took the ferry back to Freeport and explored the port for about an hour before getting back onto the cruise ship. As most of you know, I like to collect ornaments as souvenirs. I bought the cutest light bulb ornament while at port. It says the Bahamas along the side and has sand and sea shells on the inside.

I want to thank Bahamas Paradise Cruise Line for having me. I throughly enjoyed being onboard the Grand Classica Cruise Ship. It was the most fun I’ve ever had on a cruise. I look forward to sailing with them again in the future. I vlogged the entire trip and created a video for my YouTube channel to compliment this blog post. Click the link below to see highlights from my trip.

For more of my past cruise experiences see these other posts,